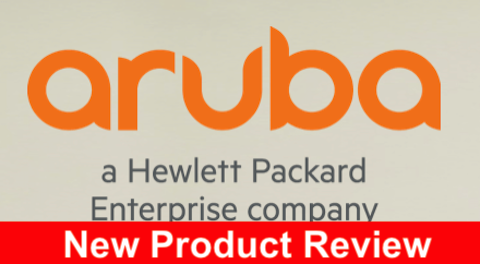 With the device density continuing to increase in the enterprise, vendors continue to release hardware and software features that allow end users to fully utilize the hardware in their network. For a few years now, the 2.4GHz radios have been underused in the enterprise network. The 2.4GHz spectrum has been deemed “dead” to use in the enterprise due to the lack of bandwidth available in this unlicensed ISM band. The fact that there are a mere 3 non-overlapping channels available (in the US domain, 4 in EU) is another factor that contributes to the demise of this spectral space. This lack of channels greatly contributes to increased adjacent & co-channel interference, that most commonly renders the 2.4GHz spectrum space inadequate to provide the needs of the enterprise. So how do we make use of the seldom, or underused 2.4GHz radio? We use magic to make it operate in 5GHz! Well, not really magic but it sounded fun.

So what makes the Aruba dual 5GHz AP-340 series different from the competition?

Aruba engineers have decided that rather than mixing two radios with high & low power, the best method to implement dual 5GHz (D5G) service is to provide isolation between the radios. In order to provide this isolation, the Aruba software limits the AP radios from operating on channels that are deemed to close to each other in frequency.  According to the data sheet (found here), radio 0 is limited to UNII-2e and UNII-3, and radio 1 is limited to UNII-1 channels when operating in D5G mode.

Another key differentiator with the Aruba offering is that both radios operate at equal power output during D5G operation. Unlike the Cisco 3800 series offering that operates with macro & micro cell features of a single D5G AP (translated one AP radio operates at a reduced power level), Aruba feels that with the provided spectral separation between radios, there is no need for reducing power output of one of the AP radios. Aruba relies on their proprietary ClientMatch technology to help equalize usage between the radios, even with the physical coverage area of both radios being identical.

Another difference is in the antennas used within the internal antenna AP-345 model. While the integrated antennas are designed with approximately 30 degrees of downtilt (designed to improve signal reception by clients with AP mounted on ceiling), both antennas are omnidirectional. Other vendors have chosen to use directional antennas to help provide signal differentiation between the radios. How much this truly affects performance remains to be seen.

The AP-340 series is designed to support the 802.3bz specification (HPE SmartRate) that allows for multi-gigabit connectivity through the ethernet port. The AP-340 series ethernet 0 port includes 1 & 2.5 Gbps, but no 5 Gbps support. This is surprising considering the current high-end Aruba AP-335 supports up to 5 Gbps on E0, but Aruba feels that even with the AP-340 series performing at maximum capacity, 2.5 Gbps is enough to handle the data flow.

Having worked with a WLAN vendor in the past, D5G is nothing new to the WLAN market. While this technology isn’t new, the methods used to implement it by vendors is much improved over the prior generations. I am greatly interested in getting my hands on the Aruba offering to do some performance testing and see just how it stacks up to the competition. By enforcing this spectral isolation between radios and utilizing the ClientMatch and AirMatch technologies, Aruba believes that they can achieve greater utilization of both radios in busy environments than the competition. Of course, this is always taken with a grain of “marketing salt” until we see it in action.

Will the AP-340 series, truly outperform the competition with the design differences mentioned above? The AP-340 series should be available soon and I can’t wait to get my hands on one and find out!

Note: This review was not sponsored by Aruba or any of its affiliates. All information used in the article is publicly available via the Aruba website and product datasheets.